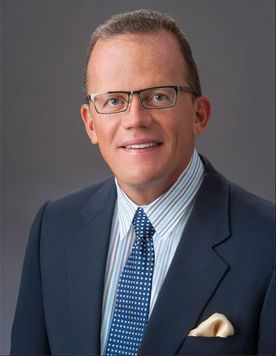 Jack is president of Howley Financial Group, LLC and a founding board member and supporter of the Rumson St. Patrick’s Day Parade committee. He resides in Rumson, New Jersey with his wife, Iwona, and three daughters, Alexandria, Brielle and Courtney. Over the past several decades, Jack Howley has created a highly successful business career as well as an unwavering commitment to philanthropy and community outreach.

For many years, the Howley family hosted an annual front lawn Christmas party and toy drive, complete with Santa, fire trucks, bonfires, live music and sleigh rides which was enjoyed by the residents of the surrounding communities, as well as the recipients of the hundreds of toys collected each year. Jack coached travel and recreation softball and basketball, and organized the inaugural Rumson Opening Day baseball/softball parade.

​He served as a board member and supporter of the Rumson-Fair Haven Run for 12 years, and was also a founding member and the president of the RFH Courtside Club. He served on the board of trustees of the Randy Foye Foundation, the Monmouth County Girl Scouts, as well as the Monmouth Medical Center Foundation. Jack is a supporter of many other non-profit organizations in the community and currently serves on the board of trustees of the Charles Edison Fund and the Edison Innovation Foundation.

Jack was recently awarded with the most prestigious award, “The Founders Medal” by his alma mater, Bergen Catholic High School, at their annual gala for his longtime support of the school which included providing scholarships to students who are academically qualified but financially disadvantaged. Locally, Jack serves as a mentor to many local students by providing career counseling, helping to place them in summer internships, and assist them in gaining full time employment upon college graduation.

A recognized leader in the financial services industry, Jack began his professional career in 1983 with The Guardian Life Insurance Company. His hall of fame career has resulted in him being the all-time leading advisor in The Guardian’s 155 year history. He has helped secure over $1 billion of security for thousands of businesses and individuals, and has been featured in various publications nationwide. Jack has also been a featured speaker domestically and internationally. Since 1987, Jack’s firm, Howley Financial Group, has specialized in wealth creation, insurance, retirement and estate planning. His devotion to the industry has enabled him to develop over 3,000 clients during his career.

Jack is passionate about his Irish heritage. He is an avid runner and long-time fan of Notre Dame Football. Upon the request of his beloved friend and parade founder, Mike Larkin, Jack joined the Rumson St. Patrick’s Day Parade board. He is dedicated to the various non-profit causes and charitable events hosted by the parade committee. Jack is honored to be named as the 2016 Parade Grand Marshal as he carries on the legacy of his esteemed friends and former Grand Marshals, Tim McLoone (2013), Brig. Gen. Peter Dawkins (2014) and Philip D. Murphy (2015). His continued commitment to the community and celebration of Irish heritage will remain strong for many years to come.