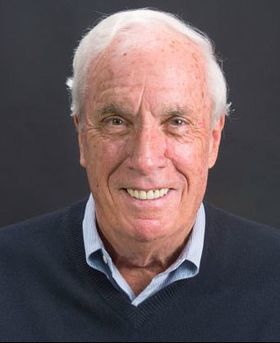 Lee graduated from Kings Point Merchant Marine Academy in 1961. He was awarded the 2002 "Acta Non Verba Award" which is the highest honor presented by the Department of Athletics and one of only 9 recipients in history.  He has sailed around the world in the Maritime Industry for various companies, while serving in the United States Navy Reserve.
Lee married Barbara Ann Lass from Interlaken in 1967.  They moved to Little Silver, NJ in 1971 where they raised two children, Tamara (45) of New York City, and David (42), who resides in Rumson with his wife and four (4) children.

Lee is the recipient of the 2016 St. Rose High School Alumni Loyalty Award, which is presented to those graduates who have distinguished themselves through loyal commitment to St. Rose, by their generosity, and by their efforts on behalf of alumni and students.

Lee was employed in the financial industry on Wall St. for over 40 years.  He retired in 2001 just after 9-11. Lee and Barbara are generous contributors to charitable organizations such as the Parker Family Health Center, Meridian Riverview, Jupiter Medical Center, Family and Children’s Association, among others. Lee also served as the Scholarship Committee Chairman at the Spring Lake Golf Club.